In a country with diverse nationalities and languages, it is hardly surprising that some difficulties arise in communications. However, listening to and understanding others often happens between people who speak the “universal” English language as well.

For two examples about misunderstandings that can happen even when an American native knows another language well, retired RHS Spanish teacher Marietta Lipps knows how confusion can arise.

She wonders sometimes about what happened when the Chevy Nova automobile was named because “no va” in Spanish means “It doesn’t run.” One can only hope it wasn’t a disgruntled Hispanic employee in a General Motors engineering department who coined the Nova’s name.

Marietta also had an “eat your words” moment while speaking to a Hispanic woman who said about her husband, “Se fue,” which means “He left.” Since the husband was only 30, Marietta went into a verbal rage about a husband leaving his wife for someone else. Then the woman explained that her husband had died. Uh-oh!

Anyone who has raised children into adulthood can no doubt cite many examples of generational communication difficulties. Because each generation develops catch-words and expressions unique to its peers, consider how teenagers and young adults might react to the lingo of folks from a bygone era: gee willikers, jumpin’ Jehoshaphat, bunch of hooligans, holy cannoli.”

What parent has not listened to offspring without sometimes wondering what they are saying? Moreover, much conversation between members of a family involves people so distracted by their own thoughts that they aren’t listening to what others are saying.

For a classic example of that, consider the case of the hapless McNuttley family, introduced in my article “Gremlins.” They are so blindsided by their sneaky, thieving gremlins that it is no wonder they can’t get their thoughts in line, as illustrated in the following conversation:

Twila (to husband Zeke and son Clem): Please remember that I have a dinner meeting tomorrow night at the library and you will have to prepare your own meal when you get home. Also, before the meeting, I am taking the Civic to Snyder’s for an oil change. 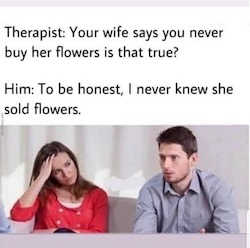 Clem: You may take my car to Snyder’s and the meeting if you want.

Twila: Snyder’s doesn’t have an oil can with a long enough spout to reach our garage. I have to drive the Civic if I want an oil change in it.

Zeke: Where you goin’ tomorrow night?

Twila: To the library for my meeting.

Zeke, ready to leave for work the next day: See ya’ tonight as usual.

Twila: To the Crazy House, for sure, although I already seem to be living in it.

Clem: I’ll pick up a pizza on my way home.

Almost everyone can relate to frustrations nowadays when trying to get technical help for their electronic gadgets.  Ironically, companies in communications businesses seem to be most difficult to speak with, and most of us can explain why: The techies who answer those troubleshooting calls fancy that they know English, but they are often thousands of miles away and English is not their first language.

Compounding the communications issue is that the people most needing help with modern devices are oldsters, such as myself, who often 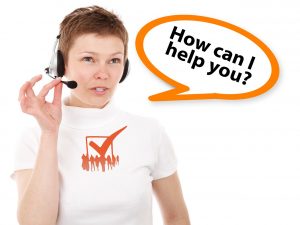 have hearing problems. Several months ago, I tried to get some answers about my cell phone operation, and the first person to answer my inquiry sounded very Asian. It was a few hopeless minutes before he transferred me to another guy, whom I am guessing was in India or Pakistan. I could understand nothing but had heard someone say that most companies respond if a customer asks to be transferred to someone in the United States. I asked to speak to an American.

After waiting a few minutes, a polite female voice came on the line; my request had been answered, but understandable communication took a while. Finally, I asked her where she was, and with a long, slow drawl, she said “Birmingham, Alabama.” We resolved my issue after much effort because she surely sounded as if she were in the bayou underwater.  If I ever call the company again, I will immediately request a techie in a Midwestern state. 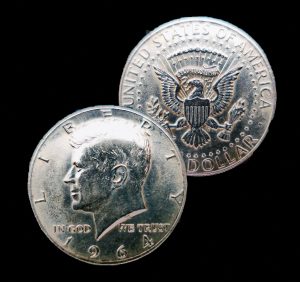 Speaking to workers in companies that are close to home does not always mean that communication is easy, and I have learned things about the generation gap.  My Pontiac Transport windshield had been hit by a stone that created a star-shaped flaw. I was delighted to hear that Safelite Auto Glass makes house calls and spoke to a nice young man about an appointment. He wanted to know about the size of the flaw to determine if it could be repaired or needed to be replaced with a new windshield.

I began explaining that break wasn’t huge – round, and about the size of a 50-cent piece. There was a pause. He asked, “Is it oval, and if so, how wide?” I tried with “No, not oval – round, like 50-cent piece,” but then he asked, “Is that about the size of a dollar bill?” Finally, realizing that this fellow had never seen a 50-cent piece, I said, “No, not a dollar bill; a circle about two inches in diameter.” He finally got his answer.

Many of us at Riverside who supervised study halls during the transition to digital devices could get mighty tired of students asking, “What time is it?” when passes were being signed. I for one signed many passes before realizing the “digital only” generation had arrived.  One kid even referred to the old clocks at RHS as having “those funny things that move around on them.” I not so patiently responded that those were called “hands.” Even more of a shock was how many kids had no idea about how to use a dial-up telephone.  Plus, here I am now, typing this article with a functioning dial phone right beside me; it works, and I am NOT jesting.

My hearing has been damaged by many years of carelessness around loud noise, mostly from engines. Using the telephone sometimes is an issue, and once when trying to make a medical appointment for a bone density test, I could not at first believe what the scheduler was saying. After asking the usual data, there was a long pause, and she said, “I truly apologize for needing to ask you this, but do you weigh over 450 pounds?”

Assuming, as usual, that I had misunderstood her, I asked, “Did you say 450?” Rather breathlessly, she answered in the affirmative, at which time I assured her I wasn’t close to that amount. She giggled in relief and explained that the x-ray tables wouldn’t support more than 450 pounds, and my assumption was that one had broken under someone’s heft. Just a couple weeks ago I learned from an x-ray technician that medical equipment manufacturers have increased the table strength to support 480 pounds, as people’s girth continues to get larger and larger.

Readers: Part II of this article will appear in the January Online Log. Instead of random situations, it will describe incidents that have happened over the past 45 years at my home in Leroy Township. When my husband Chuck and I bought the place and began to develop an airport and aviation museum, I had no idea that the locale, in a very rural setting, would lead to many strange and wonderful memories involving communication with others.