Are dogs able to spit? Can they puff up their jowls and force air out like as human’s “p-tui” in response to something disliked? Our coonhound Brutus made me imagine strange possibilities one morning when I picked up his food bowl several months ago. 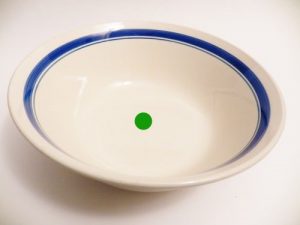 Brutus has always had a hearty appetite, no doubt enhanced by my habit of adding something tasty to my dogs’ kibble meals: a scoop of canned dog food, some chicken skins, some gravy. The previous evening, I had part of a chicken pot pie left over and split it evenly between our two dogs’ bowls. The next morning Brutus’ bowl was predictably polished, except for one intact, large pea right in the middle. How could he do that?

Once I got beyond the spitting image, I realized he must have opened his mouth and let the pea roll off his tongue in apparent disgust and with perfect aim into the bowl’s middle: a message to me that he was NOT a vegetarian and I should cease trying to convert him, maybe?  Just as a test, I left the pea in the bowl; three days later it was mangled, but a semblance of green remained.

For many months thereafter, every time the subject of dogs came up with family and friends, I recounted the Brutus and the pea story – a narrative that surprised no one given my penchant for detail and trivia.

Chapter Two of the dog saga occurred a couple of weeks ago, except this time there was a human side. My partner of five years, Patrick Hergenroeder, is a workaholic orthopedic surgeon who often gets home later than I can stay awake. My habit is to leave his meal on a tray with food that can be warmed in the microwave when he gets home. 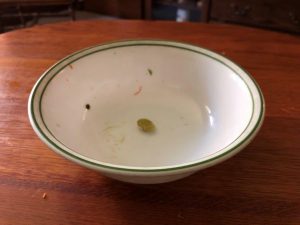 He loves mixed vegetables, and I often steam a large bowl of them, which he reheats. He left early to do surgeries, and when I came downstairs, there was the bowl with exactly ONE lima bean in the middle. I was truly perplexed by the comparison to Brutus’ rejection of the pea. Was Pat jesting to see if I would be amused? I tried to conjure up some connection because he really loves Brutus, so was he sending a message via the bean? Or was there no meaning whatsoever behind it?

I wondered and decided to seek outside opinions. My resident buddy Chris Joles knows Pat well and thought that Pat would not have paid attention to any similarity at all; Chris said, “To Pat, it was just a bean.” Chris, with his ability to interpret people accurately, tends to get my attention when he evaluates people’s characteristics. He is a “facts first” kind of thinker, especially when it comes to mechanics and science, where he can apply his photographic memory and expertise in propulsion engineering.  However, he loves practical jokes, for which I have to be watchful all the time. His sense of humor is finely developed, and he has a magnetic demeanor that earns him friends everywhere he goes.

On bean discovery day, our friend Scott Dockus showed up, so I sought his opinion. Scott knows all about Pat’s fact- oriented, scientific mindset but nonetheless first said that Pat had meant the bean as a joke. Scott’s decision was based on how the comparison of the pea and the bean was so obvious to him that he couldn’t fathom how anyone could miss it. Scott has a Master’s Degree in Tourism Development and deals with art, visuals and abstractions much of the time. He and I have discussed how facing 180 days in high school algebra class was the equivalent of staring into Hell for us. He took a picture of the lima bean bowl and knew how to transfer the image into my computer.

I evaluated the two guys’ opinions and leaned toward the “Pat didn’t get the connection” side but wanted to wait until evening to give him a chance to notice that I had been amused by his similarity to Brutus.  When Pat arrived, there was no mention of the bean; when I couldn’t stand the suspense any longer, I said to him, “You left a lima bean in last night’s bowl; I thought it odd.” I got an uncomprehending stare, and he finally said, “I had dropped it on the floor,” to which I answered, “But you love lima beans and eat stuff off the floor all the time” (a true statement with respect to potato chips and cookie pieces).

It amazed me that I had given him all those clues.  What hit ME was “I’d best vacuum the floor more often.”  He had heard me recount the Brutus and the pea story to almost everyone who has met the dog.  I said no more to Pat on the topic, but the other two guys and I had a good laugh later.

Never one to let things go at face value, I started analyzing the wonders of how the human mind works and the differences between people’s thought processes. Pat and I are opposites in how our brains function. He is a scientific, medical genius who sees the reality of what is in front of him, i.e. “Here is my patient with a torn meniscus and advanced arthritis, and I must repair his knee. Patient is very overweight so surgery will be lengthy; I will need an hour and a half at least.” (Totally analytical – no poetry about the knee; a picture, yes, but that image of a carved -up knee looked a lot like something that needed some sauerkraut in readiness for a New Year’s Day meal).

To get the idea of what he does, one needs to multiply his thought processes times his hundreds of surgeries per year. Then those need to be multiplied by his 47 years of doctoring.  Plus, a skilled ortho surgeon such as he is works on many body parts. In Pat’s case it is easier to consider what he doesn’t repair: cervical spines and feet (ankles and a few toes, yes). The situation is unlike that of a cardiologist, for example, who can be assured that while opening a chest cavity on anyone, the heart is “right there.”

At one point when Pat forgot something of significance that I had told him, he apologized and said, “My head is just so full of stuff that there isn’t room for anything extra.”  So true. A thousand or more medical terms, myriads of surgical tools, names of drugs, etc., take up a lot of gray matter.

Some of the large equipment he uses is currently stored in our building – one is a tall stand- up device with tubes, monitors, dials, electrical outlets, pulleys, cords and various gadgets.  Pat uses it only for shoulder operations. True to our way of thinking,  Chris and I stood beside the equipment and imagined it as being some kind of torture device; furthermore, we joked about how if terrorists landed at our airport, we could lead them over for a lobotomy or an arterial puncture and drain-out. 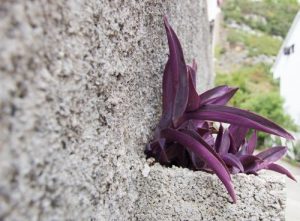 Sometimes communication between the doctor and me can be a challenge – an interesting one. Whereas he sees things in concrete, basic ways, my mind swirls along in comparisons, figurative language, entertaining (to me) observations, abstractions, and evaluations of the meanings of everything and everyone I know and see. Once noticed, almost nothing in my thoughts is left at face value or mulled over in straightforward language.

It is struggle for me to understand pure science and an impossibility to do anything beyond basic math. Working toward a private pilot’s license when I was 25 was a laborious undertaking while learning about aerodynamics,  performance charts, and weight and balance data. I needed a lot of help from my husband, who was obsessed with aviation and had much patience with me as I learned.

My first clue as to Pat’s concrete way of thinking involved, oddly enough, the license plate on his car. Starting as a child during boring road trips with Mom and Dad, I became a license plate and road sign reader. I formed a lifetime habit of making words out of the plate’s letters or anachronisms if words weren’t obvious.

Pat’s plate letters are GMP. When I first saw the plate, I said to him, “I do not believe your license plate.” I got the blank stare, and a “What about it?” I said “GMP – Gimp.” You FIX gimpy people.” It was obvious he didn’t know the word, and although not in most dictionaries, it is an informal usage that means “crippled” or “limping.” Pat said it was nothing more than just random letters.

(Also, for those to whom it means anything, the Burma Shave signs were an endless source of entertainment for me.  I must have driven my folks crazy by reading them in succession and then shouting out “BURMA SHAVE”).

Simple drives around familiar places are enough to make my mind wander. The lovely small town of Madison has a Cornhole Game Company. It features decorated cornhole boxes and the beanbags (cornbags?)  to go with them. Pat would have asked, “What is a cornhole game?” My thought was “You won’t find a Nordstrom store in Madison.”

I thought that a page-a-day tear-off calendar of Gary Larson’s “Far Side” cartoons would be fun to have around to share with Pat.  Larson goes beyond figurative, imaginative language and images; he ventures into “bizarre.” Although I sometimes have to study his cartoons, most often I understand them. Pat does only if they are straightforward, so I explain most of them to him, and to his credit, he finds them very funny. Once when I explained one of them as being fleas sitting in a Wild West saloon located on a skunk with the bartender telling a stranger he needed to move on to “Mad Dog,” it became Pat’s favorite.

It is odd how people’s minds can work so differently even though they speak the same language. They can learn from each other and adjust their thought processes, at least somewhat. I have learned to think in more concrete, factual ways; Pat has learned to “lighten up” and appreciate abstract and figurative concepts more, so our outlooks are wider than before. When I found a little bottle of liquid on my table with an odd thing inside it, I knew it had been a meniscus in a patient’s knee.  Maybe tonight when I tell him at 9:30 that I have “reached my shelf-life limit” for the day, he will understand I am tired and going to sleep.

*Afterword: While mulling over the content of the above article, I wasn’t coming up with a suitable title. I spoke with my friends Carol and Jan Benroth about the basic content, and without any hesitation whatever, Jan blurted out his idea. He is both analytical and technically minded, but a creative freedom of thought lurks in his mind. With his “To Pea or Not to Pea; to Bean or Not to Bean,” he formed both puns and metaphors into one grammatically weird structure: Words that have aspirations to become infinitives but don’t quite make it. Nothing is quite so satisfying to an English teacher as making something up about grammar that few will understand.