Very few people avoid being plagued with gremlins, whether the creatures’ presence is obvious or not.  Gremlins avoid super-organized, compulsively neat folks and wisely keep their distance but still wait for the pouncing moment.

Gremlins’ only good quality is their loyalty; they never leave their assigned people. Their qualities range from the mildly contentious to the averagely malevolent, to the downright destructive, hateful S.O.B./Bitch types. Gremlins are always of the same sex as the host person as they emerge right there on the birthing table of about 80 percent of the population. They age at the same rate as their hosts, and oldsters with gremlins end up sacrificing many useless hours keeping up with these creepy companions. 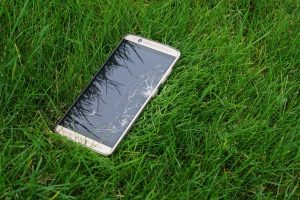 Gremlins’ favorite “toys” seem to be cell phones. Leave your phone on the counter, turn away for five seconds, and bingo: The phone has been snatched by your gremlin’s grimy fingers. He or she has gone in a heartbeat to any number of places: the pocket of your coat, your car, the bottom of the trash bag, the kitchen table.

You might think the above gremlin is the domestic type, but be aware he or she follows you everywhere you go. If you take your phone to the car, the gremlin gets there before you to watch where you put it. Lay it on the passenger seat, and it is swiped by the creature, who then  hides it under the seat cover or tosses it into the back. The scenario continues in a different setting when you get to your workplace, except it is much more complicated because the gremlin could be in any number of rooms, on any windowsill or under any pile of papers.

Gremlin-accompanied people who otherwise live alone should not disconnect their land lines, or they should own two cellphones. Never until recent decades has there been such a proliferation of people “calling themselves” in order to locate their phones. Do you leave your main cell phone turned on 24/7 in case you need to access yourself? There is, however, no cause to fear dementia until you start answering yourself, so take heart. Caution is still called for because while you are seizing the previously hidden phone, the gremlin is gleefully stealing the one you just set down. 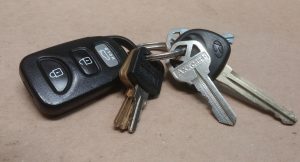 Car keys and fobs are the second favorite theft items for most gremlins.  Since the creatures are attached to their hosts like invisible umbilical cords, much gremlins’ time is spent in cars, allowing them to learn how to drive. Auto manufacturers were perceptive at making vehicles  idiot- proof, ala the key fob that won’t let the driver lock it inside the vehicle.

However, those same cars allow easy access to their owners’ gremlins. It is disconcerting to open the garage door and discover that a gremlin has driven off with one’s car. Living on a large piece of land complicates things further, so rural dwellers should shun cars painted grass green or forest green. A gremlin with a car fob fetish can give the owner a reputation for being late to work and to every appointment and event.

Other items that gremlins covet are wallets, gloves, pens, tools and grooming items. Topping all of those, however, is the TV remote. Five people in a family can be viewing the same screen, and the gremlin can make off with the remote in a heartbeat.

Also, everyone loses out if the family owns a dog because gremlin-prone owners’ dogs ALWAYS have canine gremlins. A fun night of streaming a show turns into a scene of comforting the dog with “Oh, Sheeba, Honey. Don’t worry; we’ll find your hedgehog. Don’t cry, Baby; your gremlin has it, and she never leaves the house.”

Further items that gremlins covet are pens, gloves, tools, wallets, grooming items and more. Any item small and lightweight enough for you to carry can be stolen by your gremlin, who can vamoose faster than you can blink.

Just by virtue of the gremlin-prone making up most of the population, it is almost guaranteed that many people will partner with another one who is also gremlin-prone. And gremlinism is built into one’s DNA as surely as eye-color and skin tone are. As these people get married or form partnerships, most of their communication with each other is the sentence: “Have you seen my _________?”  The answer is always “Nope,” so the question guarantees being ignored.

Let’s say that a committed couple, Twila and Zeke, decides to have a baby. By 8 ½ months later, Twila is moaning, “Woe is me; I am grotesquely obese and can barely waddle.”  She doesn’t realize that two pounds of that weight is her baby boy’s gremlin, thereby assuring that Twila and Zeke will spend at least 18 future years searching for their son’s stolen hats, coats, pacifiers, tricycles, baseball mitts, books and most of all, expensive phones. Smartphones are grossly misnamed when they become part of this family because Sonny’s gremlin is far more cunning than his parents and himself put together.

And so, Twila and Zeke’s time commitment continues to include every possible gremlin debacle. After about 30 years of frustrated searching, Twila decides she needs a break and takes a 3-hour trip to visit her cousins in West Virginia. She packs the car and arrives; her cousin goes out to the car to help her unload, and asks, “Where is the suitcase with your clothes?” Twila realizes her gremlin had moved her suitcase from downstairs at home to upstairs, causing her to leave it behind. She is distraught.

Cousin David asks, “Do you have your pills?” She answers in the affirmative, and he says, “Don’t worry; we have everything else you need, and you’ll be okay; you’re a survivor.”  After all, starting about age 60, blood pressure and Valium pills become vitally important for people who have truly malevolent gremlins. All sorts of pills can be readily found in the pockets or purses of such people unless “G” gets there first.

Twila’s problems end up going far beyond a missing suitcase. When she gets home, she discovers that Zeke had barely escaped death. His gremlin had become so despicable that Zeke had decided life was no longer worth fighting for; he wanted to end it all, except that his gun and bullets were missing. By the time he searched for several hours before finding the means to his suicide, Twila’s presence made him change his mind.

The whole experience was a lesson to them, and they decided they should make out their wills. Action did not immediately follow, however, as the day of their appointment with their lawyer, their car keys were missing.  Their two gremlins were racing in glee around their house with keys being tossed back and forth to each other. The wills would have to wait until another day. 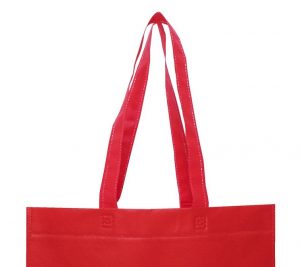 And now a confession by the author of the above: Surely the perceptive reader has figured out that almost everything described above in third person context is based on my own experience.

For 28 of my 30 teaching years, my red book bag used at Riverside was stolen by my gremlin often. It became my trademark, and one kindly and amused colleague or student always saw that it got back to me. Until we were given assigned parking spaces, the gremlin frequently moved my car around the RHS lot.

The “Twila” spoken about in paragraphs above is my alter-ego, and the suitcase incident from Ohio to West Virginia is exactly how my gremlin worked in my home before I left for the trip.  How lucky I was to escape with my pills.

For ten years, my husband and I had a perceptive redbone coonhound, Clyde, who helped me deal with my gremlin. That gremlin loved driving our Gator, a 4WD ATV utility vehicle used for yard clean up and hauling stuff. Time and again I would open the Gator’s garage bay with great anguish upon discovering that the Gator was GONE.

The problem ended the first day we brought Clyde home and he charged up to me with huge anticipation when I got the Gator out. I asked him, “Do you want to RIDE?” He jumped on the seat, then into the dump box in back, and back to the seat. Chuck and I no longer “owned” the Gator; Clyde did. We established a routine: Every day, weather permitting, the first thing one of us had to do was take Clyde for his morning ride of about two miles around the property.

The gremlin still did the Gator-jacking, but there was no further need for searching; Clyde ALWAYS knew where it had been taken and led us to it, lest he miss his ride. For the ten years we had Clyde, the John Deere green was no longer good camouflage. We wore out two Gators in about 20 years and replaced them with an orange Kubota ATV. My gremlin now has to work a lot harder to hide the Kubota successfully.