Way back in time, not long after Leroy Elementary School was built, one of the farmers in Leroy Township happened to have a coincidental name: Leroy Furrow. He was so enterprising, ambitious and knowledgeable about agriculture and animal husbandry that he became a mentor to many successive residents. He could rightly be called the Father of Leroy Farming. Unfortunately, over time, students from the other townships in the Riverside School district took pleasure in teasing Leroy students, good-naturedly, of course, about Leroy Township’s  backward country ways. A bit of biographical information about Farmer Leroy may help dispel any stories about Leroy folks being somewhat behind the curve in abilities and knowledge. 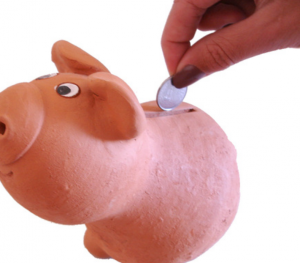 Farmer Leroy’s main ambition was to develop the best hog farm in the northeast Ohio area. Being both thrifty and ecologically minded, he bought a few hogs, let them breed and then sold the meat to local grocery stores after he harvested them. The pork and smoked ham that he and his wife kept were used right on down to the scraps. 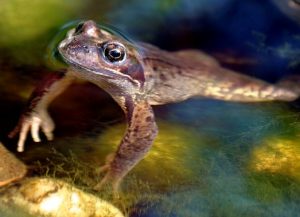 He would throw the remains into his pond for the aquatic critters to feast on over the winter. The following spring, his pond was overrun with healthy polliwogs calling out “ribette, ribette, ribette” to each other. 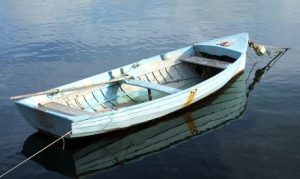 His feeding plan worked so well that his pond was also full of fish by summer – no problem because Farmer Leroy loved to fish. He bought two boats so as to have one for a back-up. He also expanded his farming by buying some sheep, two horses and several dairy cattle. So that he didn’t miss milking time, he equipped Boat #1 with an alarm clock and named the boat “Dingy.” His second craft was an air boat, and he named it after his wife, “Dinghbat.” 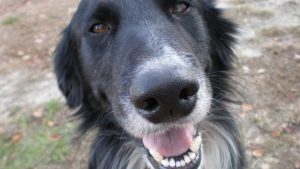 Realizing he would need a good herding dog, Farmer Leroy went to the Lake County Humane Society, where he adopted a border collie puppy and named him Duke. The little guy was plagued with digestive problems, but his gut trouble didn’t stop him from loving his herding job in the pasture. Leroy renamed him “Ducolic.” Sometimes Ducolic was so intent on herding that Leroy would have to call him in just before dark and tell him, “Time to come in, feller; it’s pasture sheeping time.” 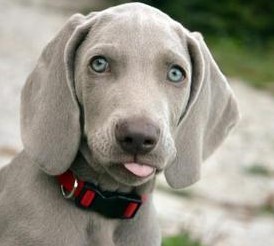 Farmer Leroy thought it would be nice for Ducolic to have a partner, so he went to the humane society again and adopted a female hound puppy. She became so adept at keeping raccoons out of his corn field that Leroy named her “Mazie.”

It took Ducolic and Mazie a while to appreciate each other, and Mazie played hard-to-get briefly until he had hounded her so long that she sheepishly admitted that he was very good-looking. Besides that, the corn crop was so good that Farmer Leroy expanded his business by producing corn whiskey. He would thicken it with some wool, put it into a blender and sell it under the brand name “Sheep Dip.”

It took less than a year for Ducolic and Mazie to produce a large litter of pups, but Farmer Leroy watched their characteristics before he named them. He wanted to name each something clever and fitting, so he chose “farmish” monikers. 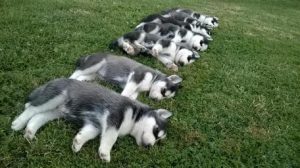 The pup who most loved to dig he named “Spade.” The one with the thickest coat was “Furrow II.” “Shovel” was the biggest eater and pooper. One who ran in a very straight line was “Tractor.” The most handsome guy in the litter, beloved by his sisters, was “Rake.” “The little gal who loved to follow Leroy when he plowed became “Combine.” The one with the most developed sense of smell was “Tree,” and the first one who tangled with a skunk was named “Puppy-le-Phew.” Two of the dogs, lacking any awareness about incest, were “Fertilize-her” and “Hoe.” As a result of the final two, Leroy decided that THEIR female pups would be named “Spayed” and males would be “Quityerbitchin.”

Winter was never a slow time on the farm, and Farmer Leroy used the cold months to do meticulous bookkeeping. For winter expenses he needed salt for walkways, new windshield wipers for his truck, extra hay for the horses, and new boots for himself. Every October he bought everything he needed out of his winter slush fund at the bank.

One spring Mrs. Furrow decided  she wanted a cuddly indoor pet because their other animals were all outside. She had Leroy buy her a very fuzzy domestic rabbit and named her Twitchy because of her active little nose. One day Twitchy Bunny, much to her owners’ surprise, had a large number of babies in a hidden spot of the spare bedroom.

Just as had been done with their dogs, the Furrows named the bunnies appropriately; Dust, Dusty and Stardust all looked and acted alike. The most active bunny they called Energizer, and since all were born in April, they named one of the females Esther and one of the males Cadbury. The male who seemed to do the most running around they named Playboy. 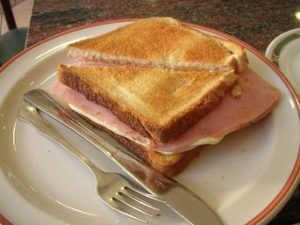 That same the spring the weather was perfect for farming. There was such a bumper crop of grain that Leroy told his wife she should make extra wheat bread to freeze so they could enjoy ham sandwiches all year. While she was working, she also made raisin bread from their dried grapes. One July night she took a loaf of the wheat bread and the meat out to thaw for the next day.

As everything softened, the ham said to the bread, “Well, Wheatie, haven’t spoken to you in a long time; have you been raisin any hell?” Wheatie answered, “Hammie, it’s way too toasty in this kitchen, and I’ve had butter days. It if gets any hotter, I’ll have energy only for loafing around, and I won’t be able to make our master any dough.” Hammie answered, “You think you’re having a bad day, but we slices have worse beefs from being in that cold freezer. My friends in there are all ground down from having frozen buns.” 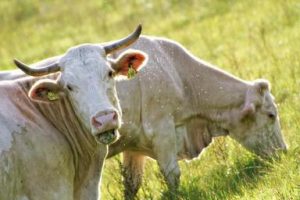 After years of running his farm, Leroy owned many grazing cattle. Percy the steer had fallen in love with Rosie the cow, but she thought Percy far too wimpy and talkative to earn her interest. Leroy decided it was time that he himself should retire, and he thought it was a good time to have his bulls castrated to make them more docile. The action did not dull Percy’s ardor for Rosie; he continued to court her and even said he would give her the ring out of his nose if she’d marry him. She answered him, “You are an udder coward; you will never put a ring around Rosie.”

As Farmer Leroy grew old, he was content to watch his lazy herds and enjoy the fruits of his labor. The rooster in his chicken coop had also reached old age. It no longer crowed “cock-a-doodle-do” but rather “cock-a-doodle-don’t,” and each night Leroy and Dinghbat went into a sound sleep, content in knowing their farm hand would take over the hard work that they had begun.