College students usually get used to the idea that term papers, sometimes called research papers, are required in many courses; however, having had nothing to do with college classes in many years, I need to qualify that statement by saying “they used to be required.” For all I know, they could have been abolished in some institutions of higher learning. For sure I can say that these lengthy compositions were required often when I was in high school and then at Toledo University from 1961-65. 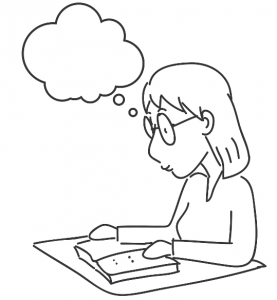 From another perspective, as a beginning English teacher at Mentor and Riverside high schools, the curriculum dictated that college-bound students were to get their first introduction to the “long paper” as sophomores. The requirement represented major efforts for both teachers and students, keeping in mind that “buying” a paper off the internet wasn’t an option yet.

I can’t remember what year I first assigned term papers, but for sure it was an involved and demanding concept for young writers who were only 15 or 16. The idea of organizing a composition of some length and then having them cite outside sources to support their own statements was new to almost all of them. The mechanics of crediting their sources in the papers, with either footnotes at the bottoms of pages or lists of sources at the end, caused much confusion, especially since the accepted procedure was to use two sizes of notecards to get through the process.

In summary, there was exactly one teacher in the RHS English teacher while I was there who liked instructing students in writing term papers, and I wasn’t the one. It was a lengthy, arduous process, which I typically, with great dread, began in February each year and sighed in great relief when I finished grading them after spring break. 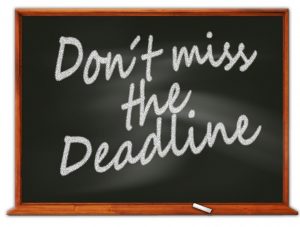 The first year of plodding through the task taught ME lessons that would last through the following years. I had started by setting the due date for the papers on the Thursday before Good Friday, which was always spring vacation then.

Imagine my shock that first year when more than one- third of the students were absent that day. In the following years I laid down an edict: “If you are not in attendance on the Thursday due date, I will look for your name in the newspaper under hospital admissions or in the obituaries. If you are absent for any other reason, have someone bring the paper to me by the end of the day.”

This kind of do- or- die attitude was not a normal approach for me, but I tried to make amends by always promising the classes that I would have their papers carefully read and graded upon our return to school two days after Easter. Some years that meant doing as many as 90 within about eight days, which I accomplished by making myself complete a certain number each day. (Eyestrain and headaches guaranteed). 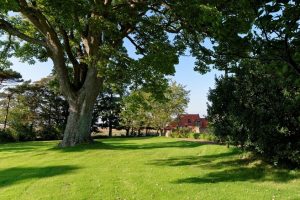 One memorable year, the weather during April was unusually warm and beautiful, and I decided to take a stack of the papers outside under a tree to enjoy the fresh air. I spread a blanket, put a wedge pillow down, assembled my red pens and lay prone (being much more limber then) with the papers in front of the pillow.

These kinds of jobs “require” breaks, and it wasn’t long before I needed a snack. I left everything as it was and went into the house for the treat I had earned, then went back to my task. Except that as soon as I contacted the pillow, I felt a decided wetness. (No clouds up there – how odd). 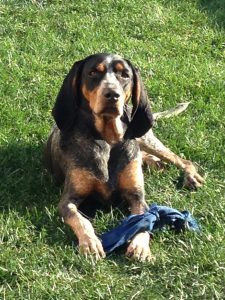 Then from the side of the house came my 70- lb. coon hound Billy Jack, who sat right in front of me looking very self-satisfied. Blech! Wetness explained.

It was only after a change of clothes and disposing of the pillow that I remembered, in a sudden panic, to look at the term papers, dreading how I could explain to the kids why the papers were yellow and smelled bad.  By a stroke of luck, BJ had missed them entirely.

Most devoted dog owners, I think, like to evaluate their dogs’ actions to understand why they do what they do. So why did BJ, who lived on a piece of property with hundreds of trees and many tires, feel the need to water down my pillow? Maybe it was his way of expressing devotion or saying to me, “You think you are the dominant one here; think again.”

On the other hand, he may have been saying, “Ma, those new kibbles you fed me last night were awful.” Or, “It’s way beyond time when you should have adopted a girlfriend for me.” Or, “Last week I thought we were going for a nice ride in the truck and we ended up at that nasty vet’s office.” (That trip is the subject of another whole story, but it can wait until later.”) Maybe BJ was trying to say, “If you really loved me, we’d move back to West Virginia where I came from.” Whatever his intent, I don’t think he was giving me the proverbial “P.O.Y.”

While giving the students their unsullied papers (except for all the red ink) back, I debated whether to tell them the story about BJ. I didn’t, but it would have been fun to say to them, “I’ve heard many excuses for the last seven months about why your homework was late; well, my dog had a leg up on you.”